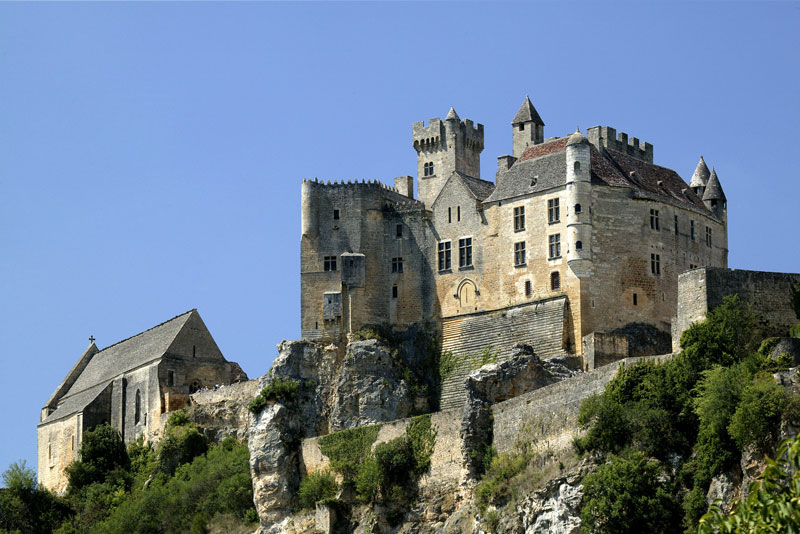 10 km south west of Sarlat on the banks of the Dordogne, Beynac reveals its impressive castle, formerly besieged by Richard Cœur de Lion, with the blonde-walled and lauze-roofed houses nestled at its feet. It is a medieval construction of austere appearance perched atop a calcareous cliff dominating the village and the Dordogne’s right bank. The castle is in the shape of an irregular quadrangle extended southwards by a bastion on a spur. The severe donjon, garnished with crenellations dates from the XIIIth century. Protected to the side of the plateau by a double surrounding wall, the castle overhangs the Dordogne from 150 meters.

3-star Hotel Restaurant on the banks of the Dordogne 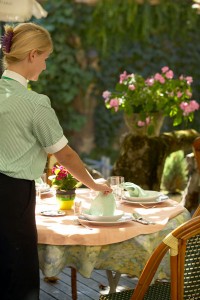 Reserve at the best price